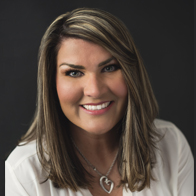 Jenny joined the Texas Legal Team in March 2012 as an Accounting Professional. She initially handled billing, payroll, and client accounts for the firm. However, as she continued to work for the Texas Legal Team, Jenny took on more responsibilities for the attorneys. Her job grew to include filing subpoenas, drafting motions, organizing files, and performing legal research. As her job expanded, so did her title—Jenny officially became the firm’s Legal Assistant in November 2012. Since then she has continued to provide both accounting and legal support to the team. In addition, Jenny is a licensed Notary in the State of Texas, and she holds an Associate of Arts in Business.

Jenny lives in Baytown, Texas, with her husband and two sons. When she’s not running the office, she can typically be found at a sporting event cheering on her sons. Whether she’s supporting the attorneys at the office or supporting her sons from the sidelines, Jenny has a smile on her face. Despite her busy lifestyle, Jenny still manages to spend a huge portion of her time volunteering in her community. She is the President of the Goose Creek Memorial Football Booster, as well as Treasurer of the Goose Creek Memorial Boy’s Track Booster, to name a few. She is a great contributor to her community and an invaluable member of the Texas Legal Team.