Driving while intoxicated (“DWI”) is one of the most common—but also one of the most complex—charges filed in state court. Years ago these cases simply revolved around whether a jury thought the driver was physically or mentally impaired based on what the arresting officer told the jury happened on the side of the road. That is no longer the case. 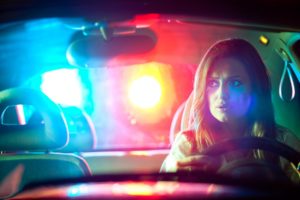 More significantly, police officers usually get a suspect’s consent or a judge’s search warrant to seize a sample of the suspect’s blood (or breath). The government employs complicated scientific principles to test the sample, obtain an alcohol concentration, and extrapolate back in time to guess what the suspect’s alcohol concentration was when he/she was operating the vehicle. The underlying science is complicated, but with complicated science comes numerous avenues to attack the State’s ultimate conclusion—assuming the lawyer knows how to do it. The lawyers at Shellist Peebles McAlister LLP know how to defend all aspects of a DWI case.

Steve Shellist, Peyton Peebles, and Sean McAlister are three former Assistant District Attorneys with nearly 60 years of combined experience handling DWI cases. They were prosecutors when many of these techniques were being developed and, as criminal defense lawyers, have immersed themselves in the methods of defeating DWI cases. Our attorneys have even attended lengthy training courses in Chicago led by scientists that helped develop the gas chromatography devices and techniques used to test blood alcohol today.

If you or a loved one has been arrested for DWI, hire a lawyer experienced in DWI immediately. There are deadlines that begin running at the point of arrest. Failure to honor those deadlines can devastate someone’s ability to drive and hamper the defense in the criminal case.  Shellist Peebles McAlister LLP can help.