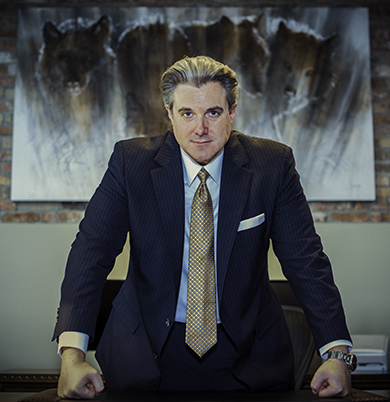 Peyton Z. Peebles III has distinguished himself in all aspects of criminal law and is uniquely qualified to represent those charged with any crime throughout Texas and the United States. Mr. Peebles has practiced law for 20 years—8 years as a prosecutor, 2 years as the sole legal advisor to the Harris County courts, and 10 years as a criminal defense lawyer. He currently defends those under criminal investigation or accused of crimes in state and federal court.

In addition to hundreds of other criminal cases, Mr. Peebles has handled 25 capital murder cases at various stages of litigation, up to and including the United States Supreme Court. He has personally argued death penalty and other criminal cases before Texas’s highest appeals court, most intermediate Texas courts, and Texas trial courts. Mr. Peebles has argued before the federal court of appeals and has twice briefed criminal cases before the United States Supreme Court. He protects the rights of those who are currently accused of crimes in state and federal courts and is sometimes hired to protect the interests of civil litigants in situations that might give rise to criminal prosecutions.

Peyton Peebles is a University of Florida graduate. After winning several advocacy awards and graduating with honors from the University of Houston law school, the legendary Johnny Holmes hired him to be a prosecutor at the Harris County District Attorney’s Office. For over eight years Mr. Peebles handled cases at the trial, appeal, and habeas writ level. For two of those years, Mr. Peebles alone litigated every criminal appeal in Harris County involving DNA evidence under CCP Chapter 64. He was a frequent resource for prosecutors seeking legal help.

Mr. Peebles knows how to investigate a case. While performing as a full-time Assistant District Attorney, he enrolled in the police academy, graduated top of his class, and became a District Attorney investigator in addition to his duties as an attorney. As a prosecutor and investigator, Mr. Peebles trained law enforcement officers in Harris County. He now uses those skills to investigate and defend citizens who are charged with crimes or under criminal investigation. As a criminal defense lawyer, Mr. Peebles is known for creatively defending cases and raising novel arguments. Mr. Peebles is also aware of the changing legal landscape. He has drafted criminal laws for submission to Texas legislators and has appeared at the Texas Legislature to meet with them and testify as necessary on criminal bills. Texas Lawyer magazine has published his views on legislative changes to criminal law.

Mr. Peebles previously served on the State Bar Committee for the Texas Rules of Evidence. In that capacity, Mr. Peebles analyzed proposed changes to our rules of evidence, drafted amendments to various rules, and made recommendations to the Texas Supreme Court.

If you or someone you care about is under criminal investigation or has been charged with a crime, call Peyton Peebles immediately. Mr. Peebles will discuss—confidentially—the best options for defending the case or attacking the government’s case. He is committed to protecting your rights and representing your best interests.